(CASTRIES, Saint Lucia – Monday, November 25, 2019) –For many years now, the December Festivals have been the official commencement of the Christmas season for many people in Saint Lucia. Comprising three events — the National Lantern Competition, Festival of Carols, and Festival of Light Ceremony – the festivals attract great anticipation from Saint Lucians annually.

Last Thursday, the Cultural Development Foundation (CDF), organizers of the December Festivals, held a press launch to unveil plans for this year’s festivals, which are being held under the theme, “A Creole Christmas”.

This year’s Festival of Carols will be held from 7:00 p.m. on December 8 at Our Lady of Fatima Church, La Clery, Castries. The Festival of Carols, a coming-together to sing praises for peace, goodwill, will feature choirs and mainstream artistes from across the island.

“Most of the training is school-based because we want to ensure that the youth gain these skills,” said Celeste Burton, CDF’s Deputy Executive Director.“This year we’re hosting workshops at nine venues across the country.”

“One of the best ways to pass on traditions is to ensure that the youth are involved and that they acquire whatever skills and competencies that are necessary to engage in the festival,” Burton added. “Over the years, the CDF has organized and implemented a training and development programme to ensure that lantern-making continues.”

This year, ten secondary schools will compete for the first-ever Peterson Francis Award, a People’s Choice Lantern Competition for which Castries Mayor, Peterson Francis, will sponsor a grand prize of $3,000 for the winning school.

Students participating in this competition will have their lanterns displayed at Felly Belly in Blue Coral Mall from December 4-10 and the public will cast their votes.

This year, the CDF also partnered with Peter & Company Distribution, agents for Dutch Lady Milk, to introduce a new category in the National Lantern Competition. Dubbed the Dutch Lady Innovative Lantern, participants must use no less than five 405 grammes empty cans of Dutch Lady Evaporated Milk Tea and Coffee to create their entries. Each lantern must include a Dutch Lady label reflecting the logo.

Registration forms will be available wherever Dutch Lady Milk is sold as well as from CDF Office.

CDF’s Executive Director, Raymona Henry-Wynne, said the CDF will continue to ensure that the December Festivals traditions are further cemented and developed for the edification and enjoyment of all. As an organization, she noted, the CDF recognizes the need to partner with agencies and organizations to achieve its mandate.

While highlighting PCD’s support this year, she said the CDF hopes to attract the rest of corporate Saint Lucia to bolster the vision for the festival. A new category, namely the Inter-Commercial House Lantern Competition, among other changes, is also in the works.

“We’re also looking at revamping the criteria used for judging the lanterns,” Henry-Wynne said.“It’s a work in progress, so as we go along you’ll see new categories and changes.”

She added: “This year, we went into the schools (to conduct training workshops) because we want to ensure that we leave that legacy and tradition with the children so that as they grow they can encourage others within the community to be a part the competition.”

The December Festivals will culminate with the Parade of Lanterns in the city circuit from 6:30 p.m. and Festival of Light Ceremony from 7:00 p.m., held on the eve of National Day, as hundreds of people assemble on Derek Walcott Square to enjoy the festivities and traditional switching on of the decorative lights at that venue.

Minister for Culture and Creative Industries, Senator Fortuna Belrose, who was also present at last Thursday’s press launch, praised the CDF and other supporters for the work done to preserve the island’s traditional pastimes. She noted that these efforts help as government continues to find new ways of showcasing the island’s rich talents.

“From the Government of Saint Lucia’s perspective, we’re working on reviewing our cultural policy to ensure that we continue to serve our nation in the most meaningful way, with the best people and best structures facilitating our progress,” Belrose said.
(ENDS) 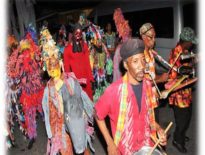 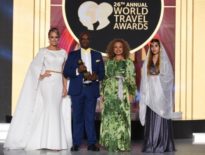