Click on the event text, not the pop-up to see full details

St Lucian author Anderson Reynolds, hosts Vieux Fort launch of My Father Is No Longer There 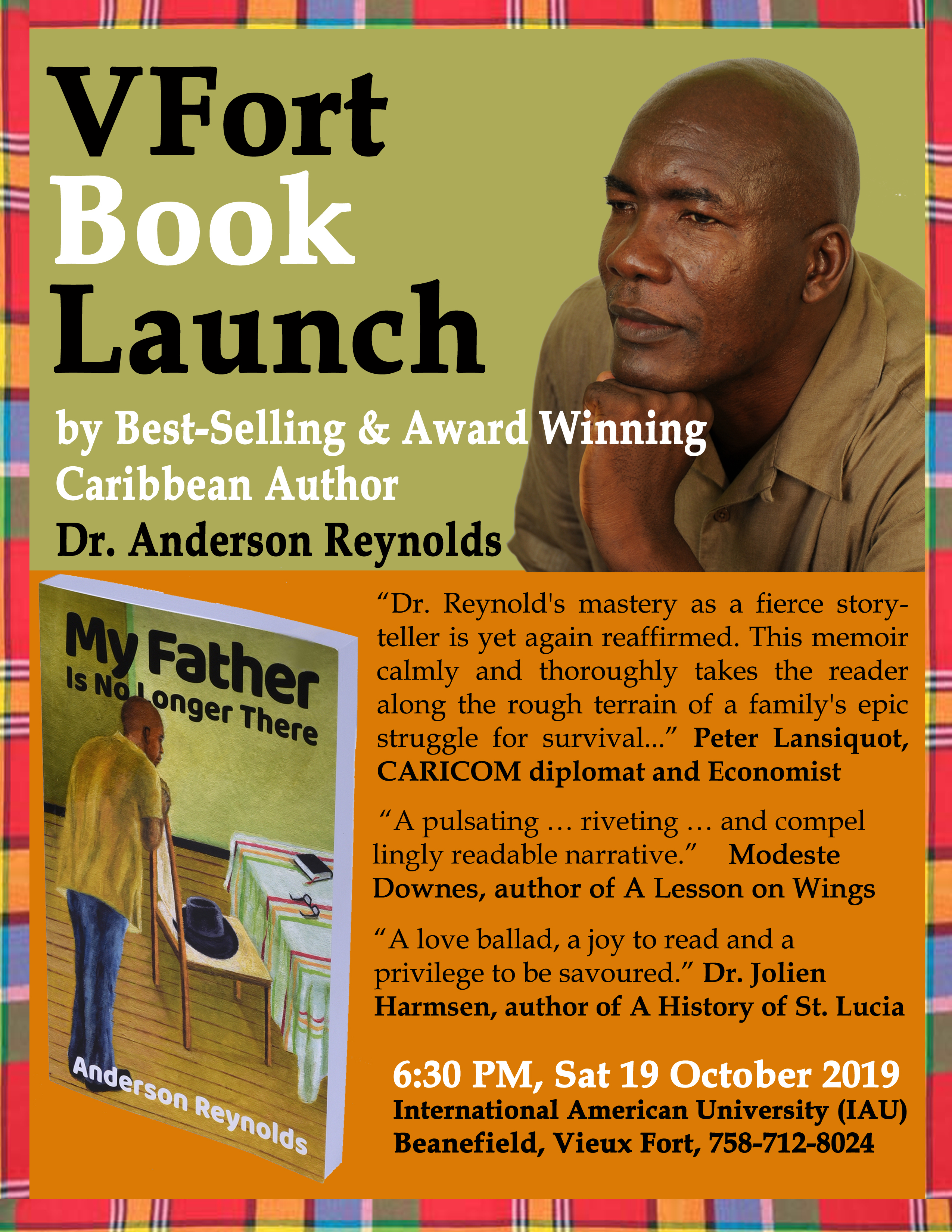 In celebration of Jounen Kwéyòl, Dr. Reynolds is pleased to invite you to the Vieux Fort launch of his fourth book, My Father Is No Longer There, at the International American University (IAU), across from Sir Arthur LewisCommunity College, on Saturday 19 October 2019 starting at 6:30 PM.

Dr. Reynolds’ views the publication and launching of My Father Is No Longer There as a celebration of and dedication to his father’s life. In fact, this is one of the reasons he has chosen to host the Vieux Fort launch during the month of Jounen Kwéyòl, for not only was his father from Vieux Fort North, a bastion of St. Lucian Kwéyòl and folk culture, but according to his memoir, his grandmother, his father’s mother,  was a queen of folk culture in the manner of Dame Marie Selipha Sessene Descartes. In his memoir, Dr. Reynolds also revealed that it was on his farm in the Vieux Fort countryside that his father appeared the happiest, and seemed the most himself.

We make every effort to ensure details of events are accurate, however we advise you check with organisers prior to making your plans – enjoy Saint Lucia!