Click on the event text, not the pop-up to see full details 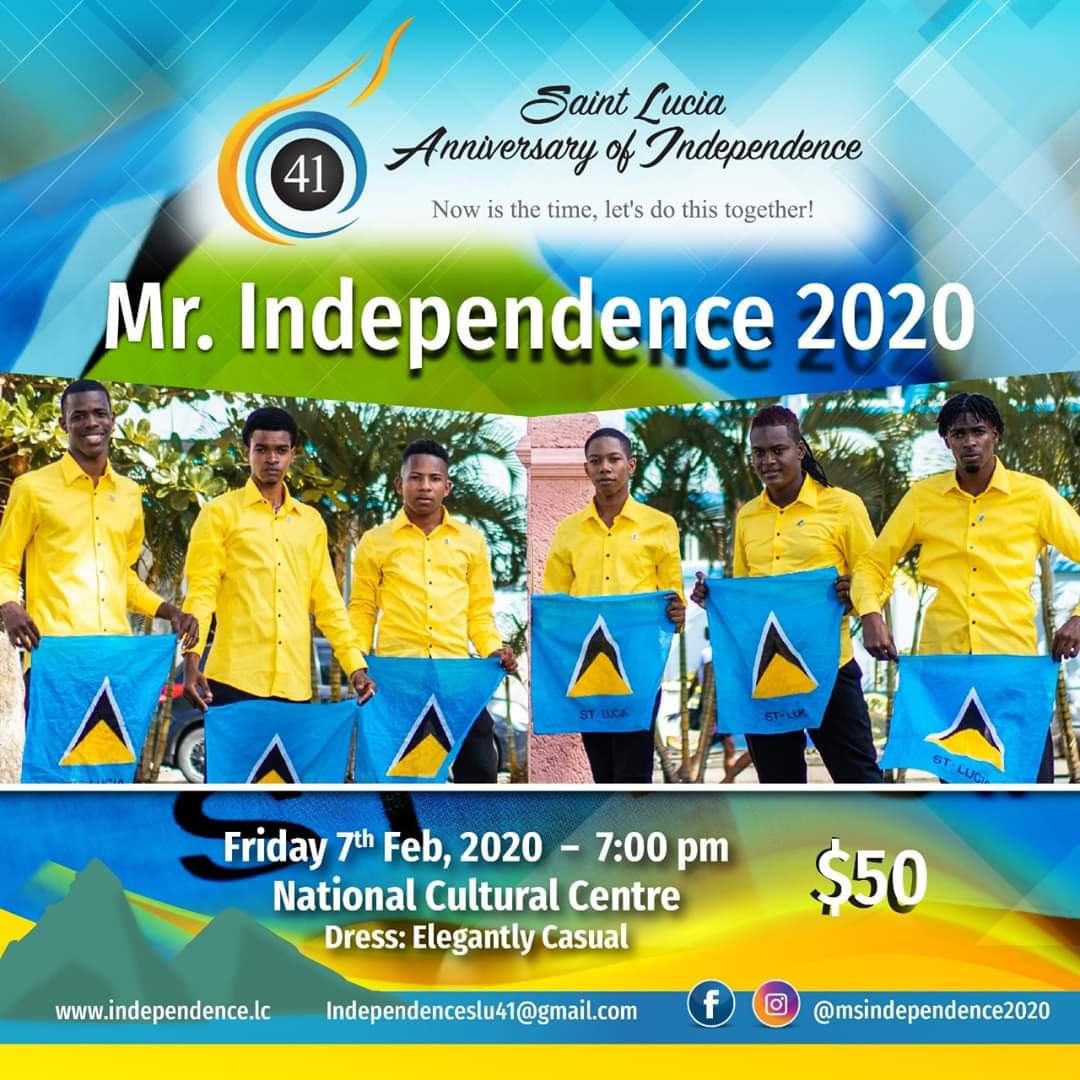 The men are not to be left out of celebrating the 41st Anniversary of Saint Lucia’s Independence! No not at all! Cheer them on at the Mr Independence Pagaent on 7th February at the National Cultural Centre.

Admission: XCD $50
Come cheer on the gentlemen as their proudly represent their communities

We make every effort to ensure details of events are accurate, however we advise you check with organisers prior to making your plans – enjoy Saint Lucia!